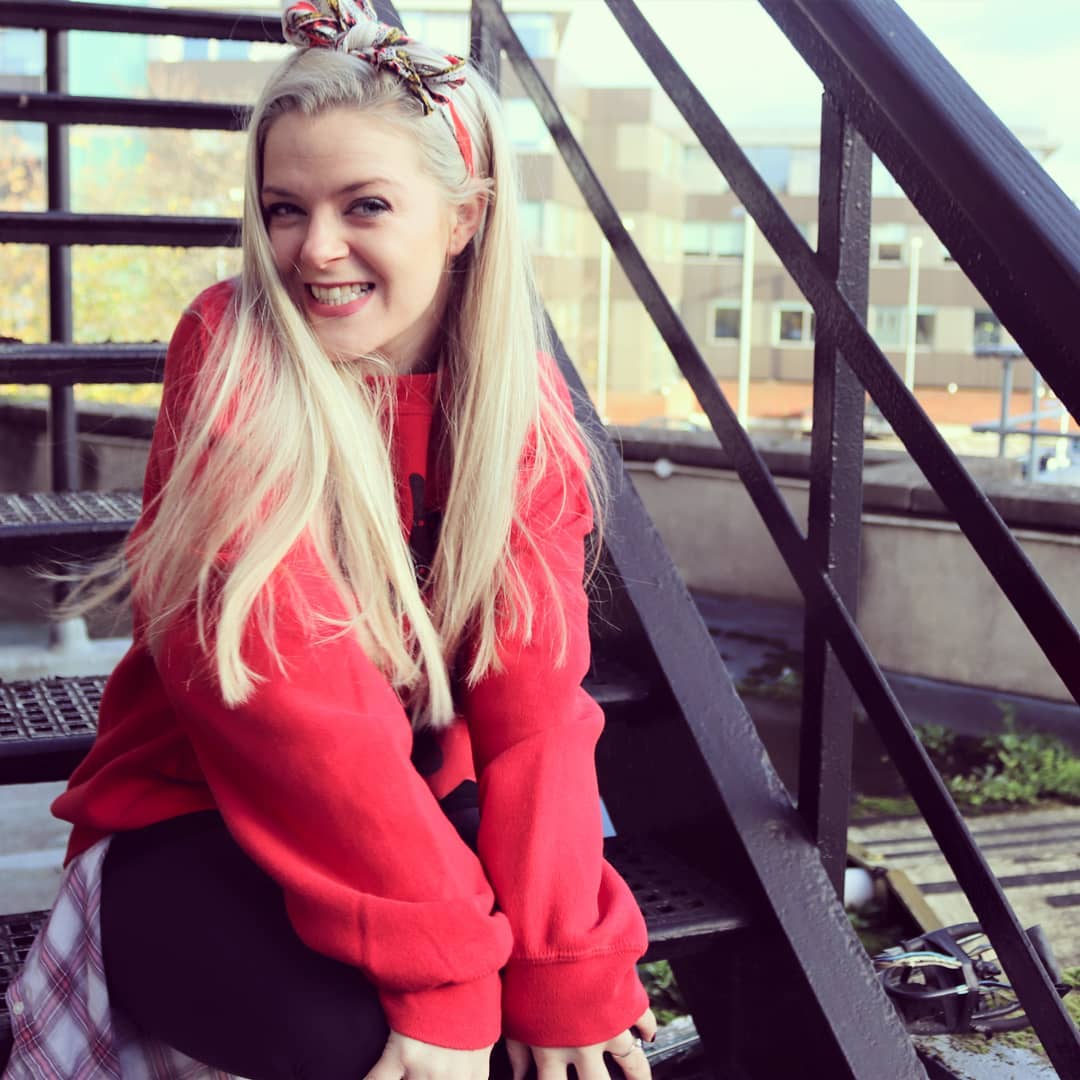 Sarah is originally from Sheffield and began training in ballet, jazz and tap at the age of 3 at The Constance Grant Dance Centre. She moved to London in 2005 to attend The Italia Conti Academy of Theatre Arts, where she graduated with a National Diploma in Professional Musical Theatre in 2008.

Following this she furthered her dance training in Los Angeles where she trained extensively at  The Millennium Dance Complex and  Debbie Reynolds for the summers of 2009, 2010 and 2011. It was here that she fell in love with Hip Hop and first discovered Waacking.

In 2009 Sarah’s  waacking  persona ‘Kleio’ was born when she was invited to become an original member of’ The Waacktitioner’s, the first waacking crew in the UK. She had the opportunity to  perform with them at some major events including;  Serious About Street Dance (Indig02), Move It (Olympia), Live Vibe (Peacock Theatre), UK Hip Hop Championships, B Supreme (Southbank Centre) and Lovebox Festival to name a few. As ‘Kleio’ she also travelled all over the world to compete as a waacker and has won and reached the finals at various battle’s here on home soil and abroad.

Sarah also has a Level 2 Certificate in Fitness Instructing and a Level 2 in Teaching Exercise, Movement and Dance to Adults and loves to combine her dance and fitness knowledge in lots of her classes. She is also proud to work as a professional choreographer for dance-fitness brand, Clubbercise.

Sarah  absolutely  loves to teach and  currently teaches Hip Hop, Zumba, Commercial and Clubbercise here at Studio K. She has also developed a signature dance class ‘Kleiography’ which combines her love for commercial dance with her mission to get women feeling more fabulous and growing in confidence. You will get addicted to her incredibly contagious bubbly personality so come and check out one of her classes!

Sarah holds current First Aid and DBS certificates and is a member of REPs (Register of Exercise Professionals). 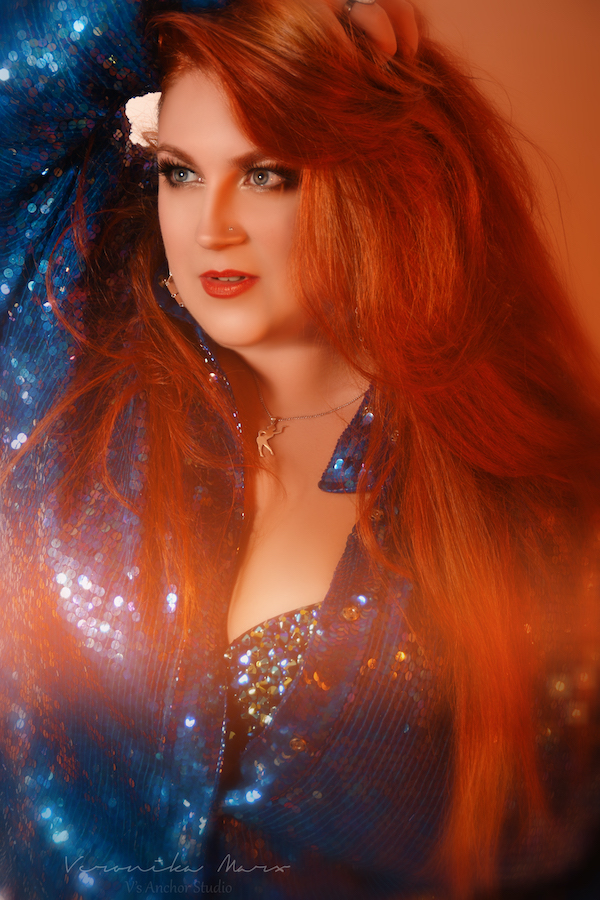 Ginger aka ‘Mademoiselle Ginger’ started dancing at the age of 7 when she moved from France to London studying Ballet, Tap, Modern and later on Street Dance. In 2009 she discovered Waacking and became a founding member of The Waacktitioners (the first ever U.K Waacking Crew). Through Waacking, Ginger fell in love with teaching and performing all over again as well as discovering the battle scene which has led her to compete in Europe and the U.S earning a notable collection of titles along her way.

Ginger is also a fully qualified Royal Academy of Dance Ballet teacher and creator of the #binballetpink movement. 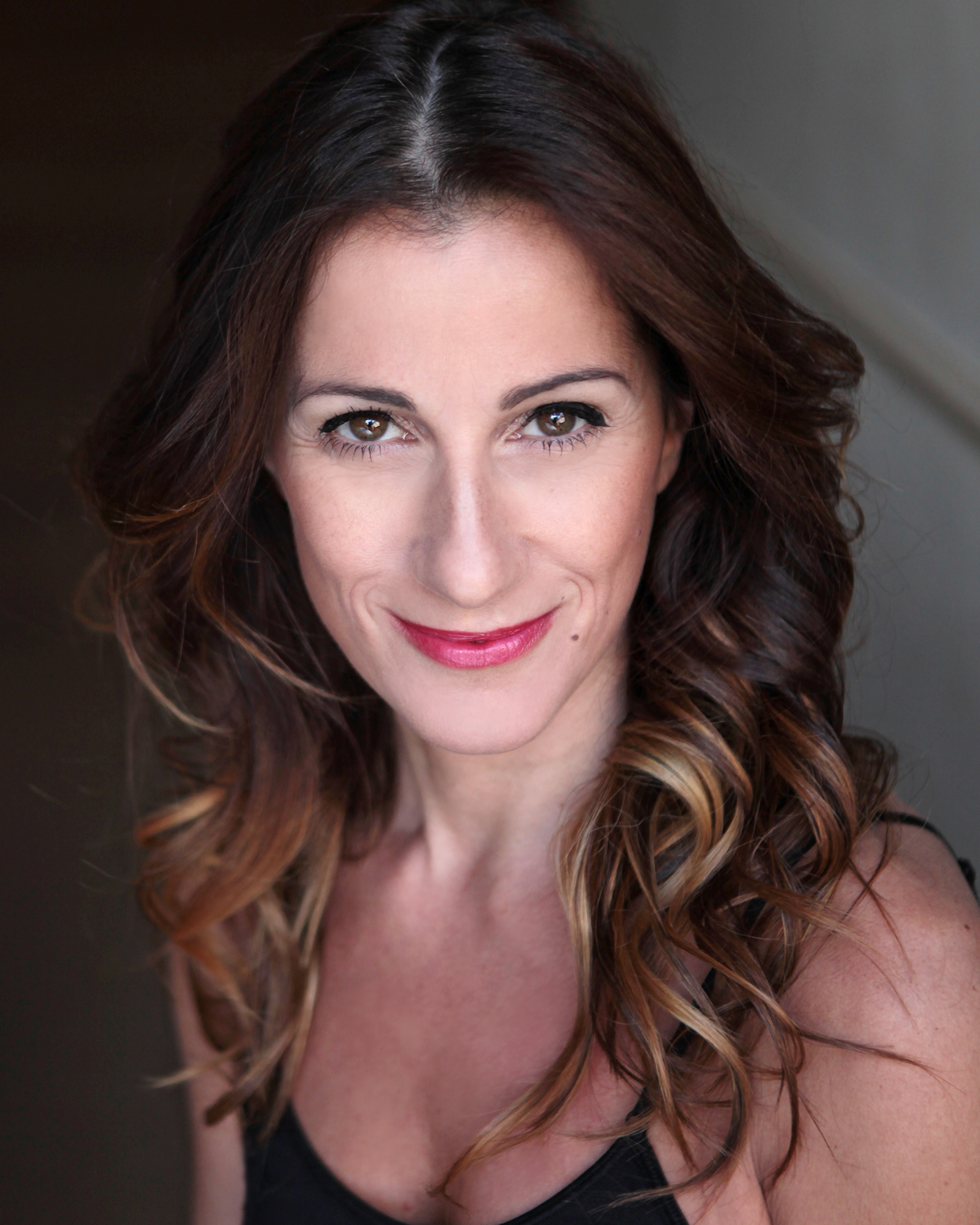 Originally from Italy, Paola started dancing when she was 6 years old. She started her training in Ballroom and Boogie Woogie / Rock’n’Roll styles; doing competitions all around Italy. At the age of 14, she decided to concentrate in Jazz and Ballet at the main Dance School in her home town, Bologna.

In her 20’s she moved to Rome to start her career as a professional dancer, where she worked for some of the best Italian Choreographers (such as Luca Tommassini, Mauro Mosconi, Manolo Casalino, Franco Miseria, Bill Goodson) and Italian celebrities ( the likes of Claudio Baglioni, Enrico Montesano, Luisa Corna, Gigi Sabani, Senit, amongst many others). Later Paola made the decision to further her career and expand her horizon by moving to London where she worked  as a dancer for Gabrielle, Kayne West, Ashely Wallen, Hege Okstad and many more.

As a Choreographer, she has choreographed for corporate events, private parties, short films, TV shows and live concerts. Her main strength is her versatility and technical dancer/choreography skills. Areas of expertise include: Street Dance, Technical and lyrical Jazz, Latin  & Salsa, House, 50’s style or Tap.

Click the button below and fill in the form for information on our 3 class Intro offer. 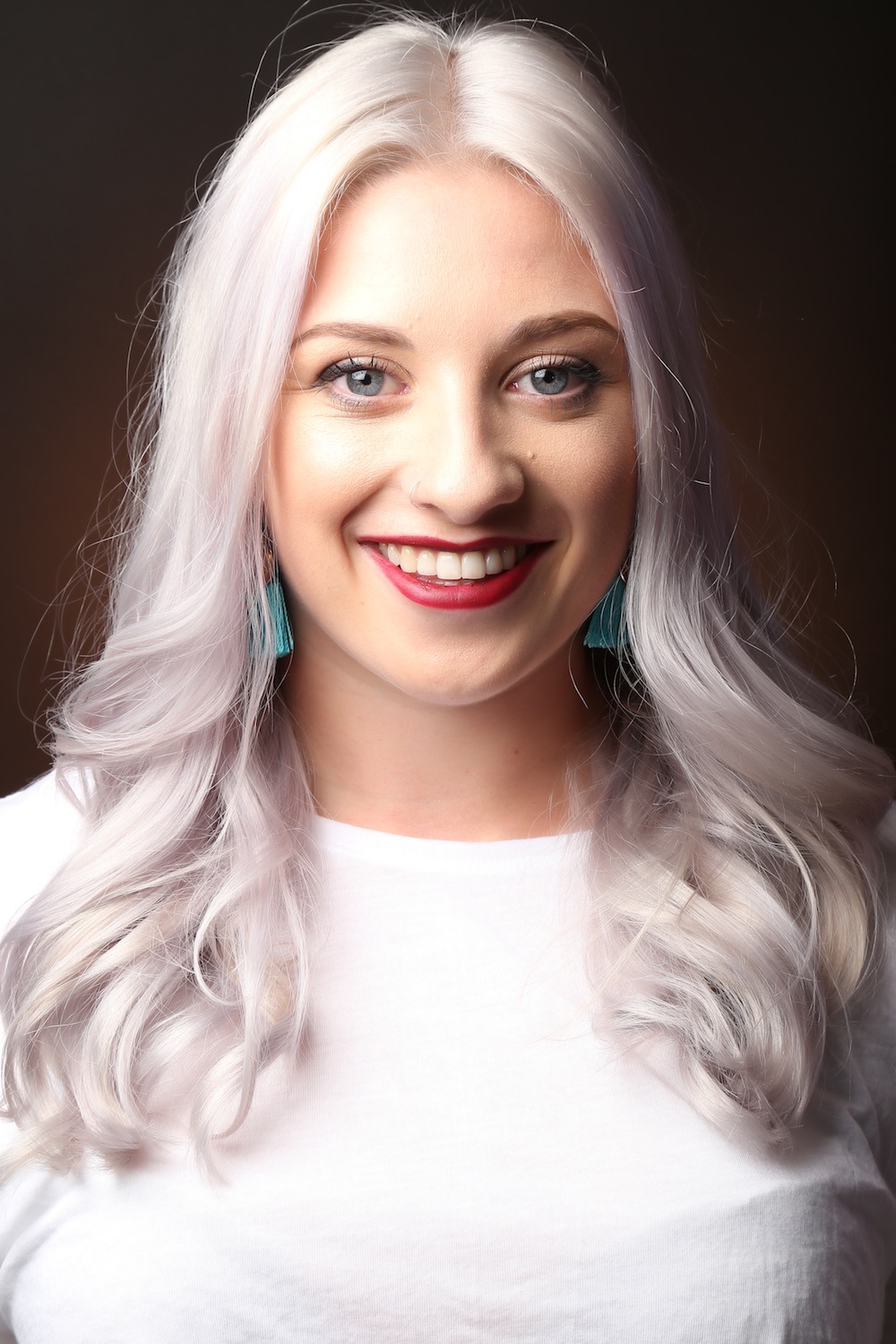 Chloe originally from Plymouth, started gymnastics at the age of 7 and competed for the South West of England in various competitions across the country. After being crowned Devon Champion for 2 years running, she eventually retired at age 17. Still wanting to remain in the Gymnastics world, she moved into coaching and judging gymnastics and started teaching cheerleading. Joining a youth contemporary company is where Chloe began her dance career, and further found a street dance crew who she competed with for 2 years. At age 19 she went on to Roehampton University to study contemporary dance. Here she studied Contact improvisation, Martha Graham, Limon, Release and choreography. Whilst there, she performed in many extracurricular shows and competed with the University Cheerleading team.

After receiving her 1st class honours degree, Chloe worked for a children’s multi activity camp for 2 years helping to engage all children in physical activity whilst ensuring they had fun. She then went travelling around South East Asia before heading back to Studio K to start teaching.

You can usually find Chloe either on reception, dancing with K-Lectic, or upside down! She is looking forward to passing on her knowledge and meeting everyone in her classes. 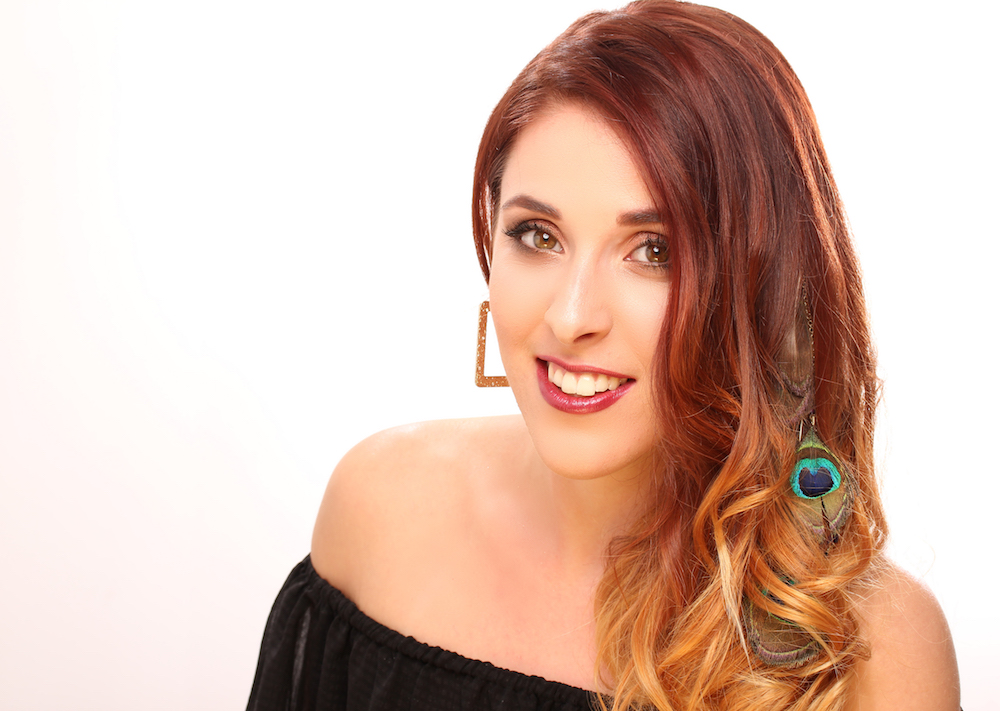 Coming from a dance background Yaz began dancing in contemporary and ballet as a teenager. However, she quickly swapped her ballet shoes for trainers when she joined her university’s street dance squad and has been training in various styles such as dancehall, waacking and hip hop ever since. She has been part of Studio K for over 5 years and is one of the original members of the in house crew ‘K-Lectic’ who perform, compete and hold events around the UK. Through the studio she has passed her UDO level 1 dance teacher exam and has been a dance and fitness teacher at the studio over the past three years.

Alongside dancing Yaz also developed a passion for yoga. She tried Buti Yoga for the first time in 2014 and immediately knew that this combination of yoga, dance and cardio was her thing! The following year she decided to take her level one and two Buti Instructor Qualification and began to teach. Buti means “a cure that has been hidden or kept secret”. This definition in reflected in the class, in the release of tension and movement in areas that we don’t often get to explore. Yaz has now been teaching Buti for 3 years and is still just as passionate about it! Her classes are empowering and energetic and focus on toning up, getting down and shaking it out! 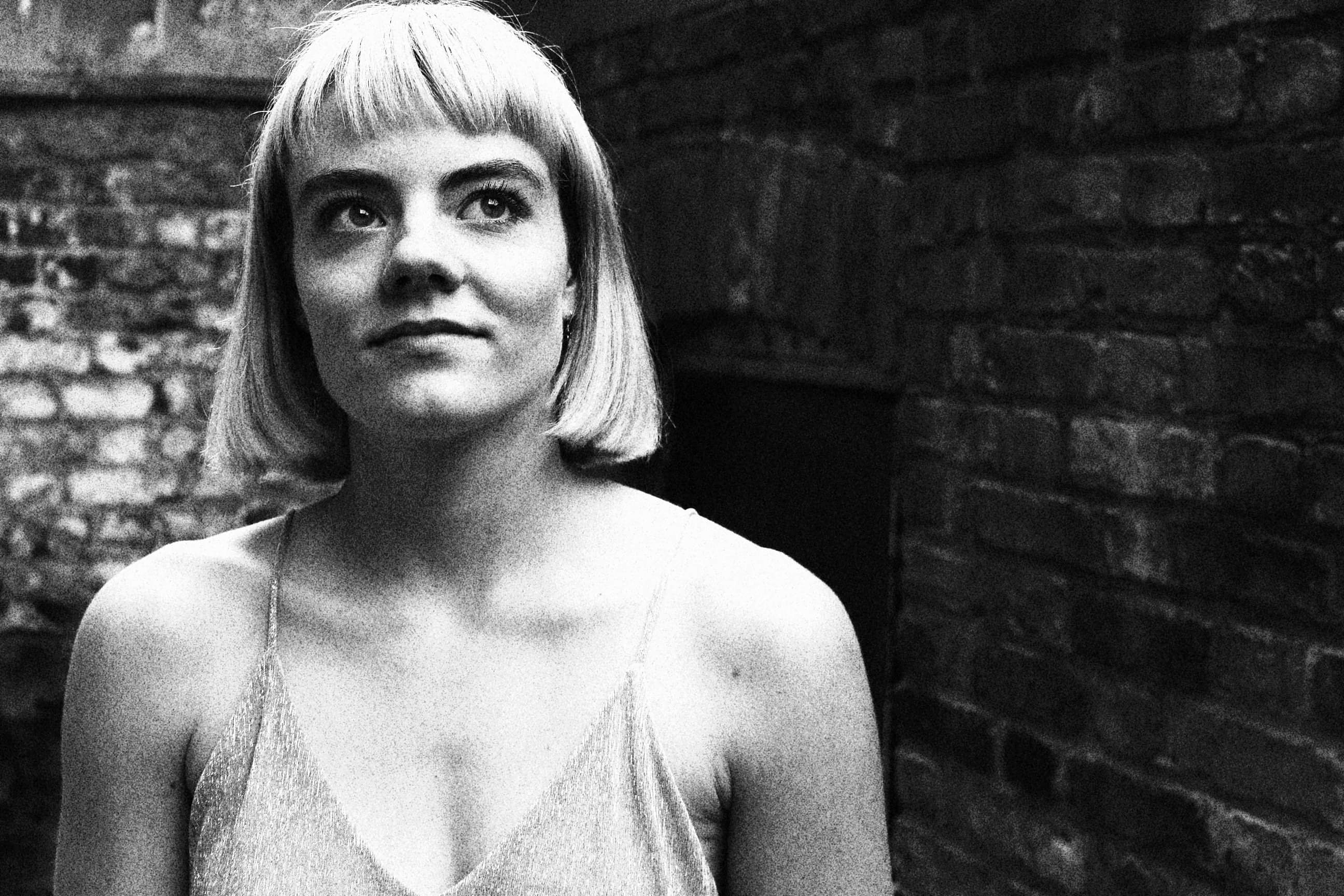 Rachel Laird originally from Scotland started dancing at the age of 3. It has always been a passion of hers and very quickly became a focus for her profession. With a background in musical theatre and ballet Rachel discovered contemporary dance at 14 through YDance Scotland and joined the National Youth Dance Company of Scotland for five years touring nationally and internationally which included; India for Dance Bridges Festival, Belgium for an exchange with Retina Dance Company and Sadler’s Wells mainstage for Apex Rising. Following this she studied for a year at Scottish School of Contemporary Dance before moving to London to complete a BA (HONS) at Trinity Laban Conservatoire of Music and Dance and subsequently a Post Graduate Diploma at Copenhagen Contemporary Dance School.

Since graduating Rachel has performed in English National Opera’s Production “Orphee”, The Natashas Project (A dance theatre company that make work focussing on human trafficking and modern-day slavery), A Truefitt Collective and Roisin O’Brien. Choreographically Rachel and fellow Scot Clara Cowen co-founded Sliding Doors, a dance theatre company that creates work that in some way celebrates the chances in life. Dramatising strings of events that led us to where we are now whilst knowing that the outcome could have been somewhat different and learning to embrace that. Sliding Doors had their debut at Heads Up, Dance Base as part of the Edinburgh Fringe Festival in 2019 and a show at Rising Tides;01 at the Rosemary Branch Theatre in London. In 2020 SD will be performing an extended version of “Penthouse Hickies” at Resolutions Festival 2020, The Place Theatre, London.

At Studio K if Rachel is not helping you out on Reception, she is teaching Contemporary Dance. Her classes are inspired by her experience and all the artists she has met so far. Be prepared to have fun, move your body and let go of expectations of yourself! 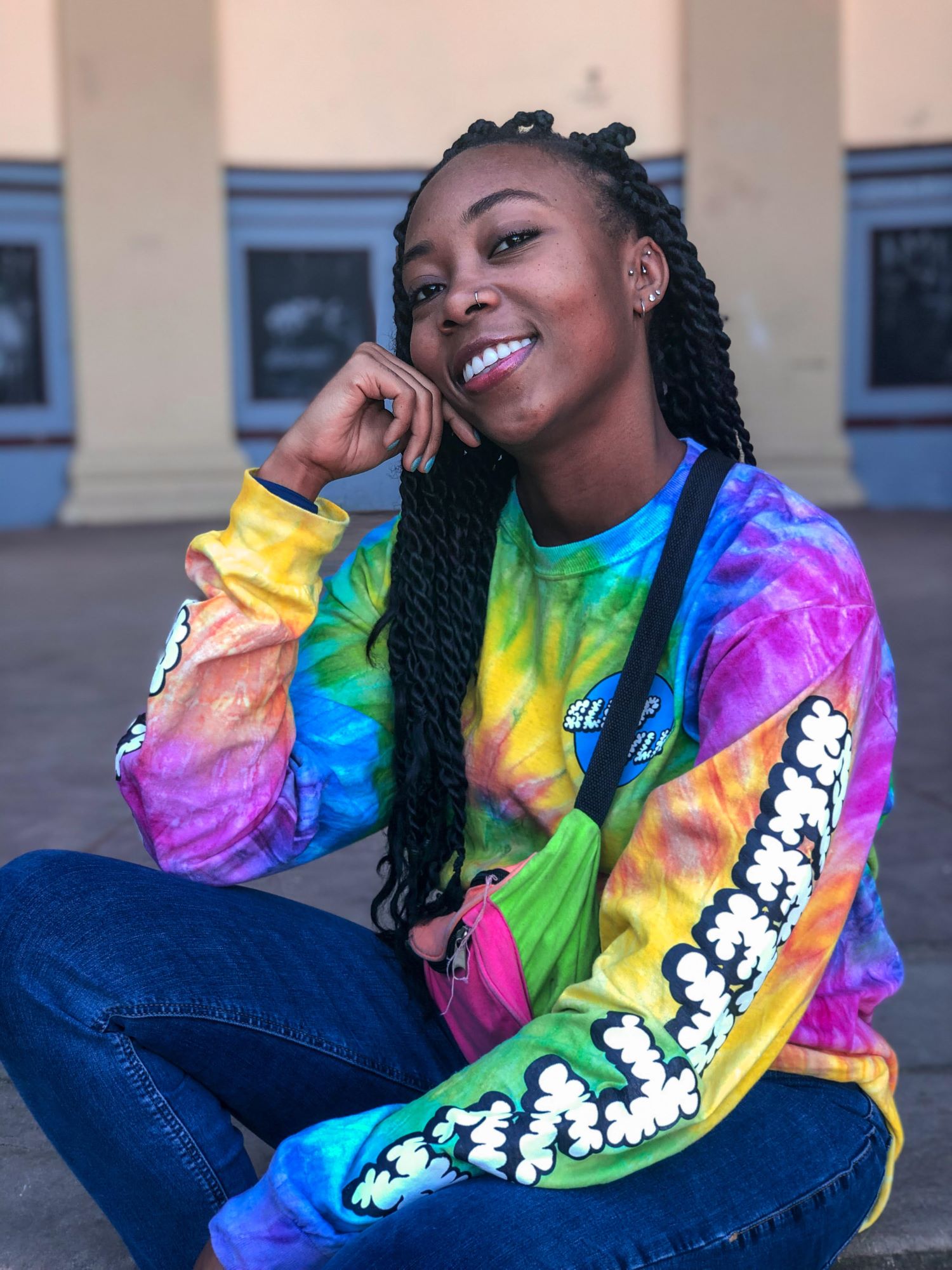 Emmanuella was born in London and started dancing at the age of 7. In 2018 she graduated from Kingston university with a 1st class BA honours in dance. Throughout the years she has trained with several Uk companies including; Avant Garde Dance, Myself UK Dance, Boy blue entertainment, The Movement Factory and Zoonation Academy of Dance. Emmanuella has trained in many different styles including but not limited to street dance, contemporary, freestyle, contact improvisation, abstract and commercial. Emmanuella would say that her strongest style both as a performer and teacher is hip hop and she takes pride in having taught both inside and outside of London. Her aim whilst teaching at Studio K is to inspire the next generation and make all students comfortable freestylers as she believes it is important for students to come out of their comfort zone and feel comfortable exploring their bodies with movement. Emmanuella’s credits include working internationally in Dubai at Global Village, Mitch “win” music video, Bloomsbury Festival, Dance Umbrella, The Queens House- Docklands International, Tkay “carry on” music video and many more. 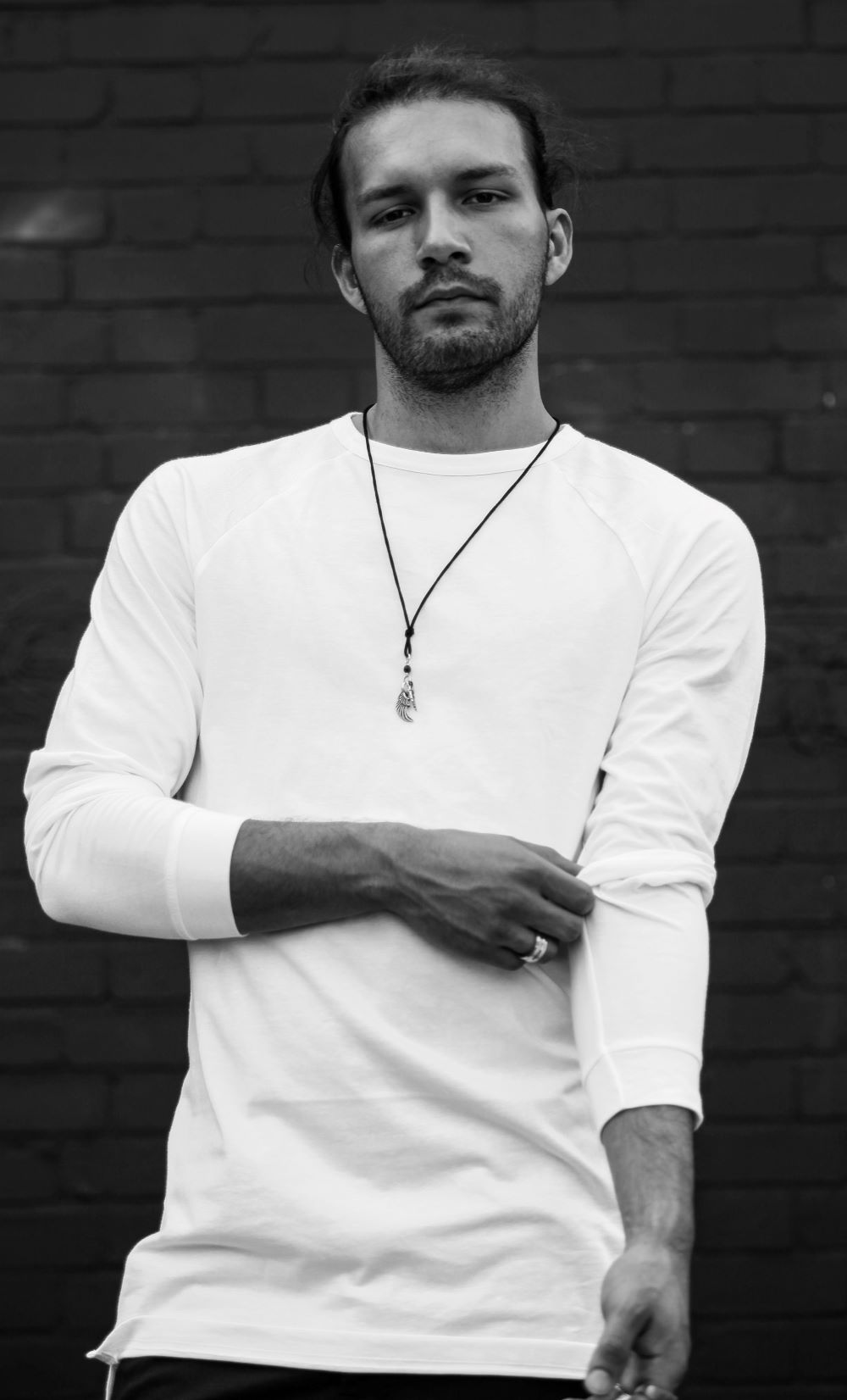 Conor started dancing at the age of 15 where he studied Street Dance, Break Dance, Popping, Commercial, Acrobatics as well as other street dance styles under the leadership of The Urban Dance School.

Conor trained at Bishop Wand and St.Pauls school in Sunbury and where he then got invited to train and perform with Sakoba Dance Company for a year, which trained him in African Contemporary. During the time at college Conor started to teach classes and work for other companies including performances across a multitude of theatres and stages including, Wembley Arena, Twickenham Stadium, Hammersmith Apollo. He has also appeared on TV and Music Videos, performing live on Sky Sports and being a dancer for Dee Lush, Ash King, Jonita Gandhi and Conor Maynard.

In 2014 Conor was invited to train with Ombrascura Dance company where he continues his training and exploration of movement. While working with Ombrascura Dance he has performed at Move It Capezio stage as a guest act, travelled to Luxembourg and gained credits such as ASDA, Jack Jones and Sky Sports. 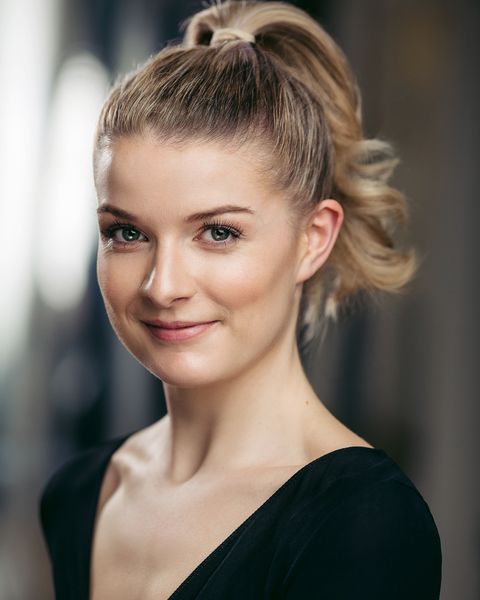 Mary trained at the Liverpool Academy of Performing Arts (LIPA) and graduated back in 2013 with a 1st class Honours degree in dance. Since then Mary has performed across the UK and overseas. She has also taught Musical Theatre at many prestigious institutions throughout the UK.

Theatre credits include: Cabaret, Jack and the Beanstalk, The Little Mix Tribute and Aladdin. Other credits include Princess Cruises, The Ariana Grande Experience, The ZIngZilla Show and vocalist/dancers for The Potters Theatre Show.

Mary is excited to be joining the Studio K team to teach Musical Theatre and Lyrical on Saturday’s. 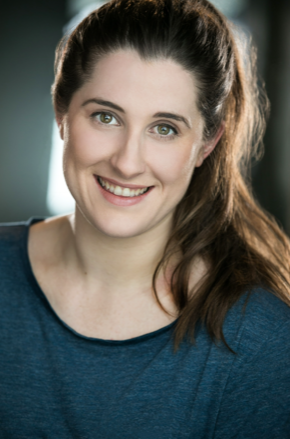 Katy is a professional dancer and choreographer who graduated from LCPA in 2013.
Since graduating she has gone on to perform across various sectors of the industry as well as being a company member of renowned choreographer Lukas McFarlane’s contemporary dance company ‘Untitled.’

Katy is currently focusing on her choreography career and has been fortunate enough to choreograph a new musical ‘Gretel’ at The Other Palace, London. She has also choreographed for ‘Scar’, a music video by ‘Searls’.